Amid the COVID-19 test drama in Pakistan last week, the Pakistan Cricket Board (PCB) named a new 20 man squad which arrived in England a few days back. They are all set to take on home side England in three Tests followed by three T20s.

The three Tests series is starting on 5th August. The first match of the series will take place at Old Trafford, Manchester followed by the remaining two Tests in Southampton. The second Test starts on August 13, with the third beginning on August 21. The T20I action will then begin on 28th August at Old Trafford where they play three back to back T20Is.

Meanwhile, the Pakistan side which landed in England on 29th June has been in a bubble as a mandatory 14-day quarantine in Worcestershire. Despite being under quarantine, the Pakistan side has been training and playing intra-squad matches at the provided facility. This will continue until 13th July after which they will travel to Derbyshire before heading to Manchester on 1st August for the preparation of the first Test. 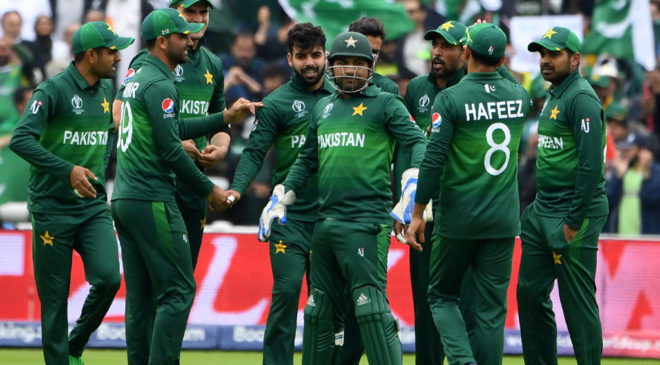 The last time Pakistan toured England was in 2018 for a two-match Test series. Pakistan defeated England in the first Test by 9 wickets but faced an innings defeat in the second test. The Misbah-Ul-Haq coached side will be looking to gain a Test series win against England this time.

The Pakistan-England series will be the second series after England-West Indies series to begin after the COVID-19 outbreak. We will also see the recently laid out ICC rules come into play during the Test series which includes the allowing replacement of players showing COVID-19 symptoms during the match and the ban of saliva to shine the ball.