England spinner Jack Leach who provided the invaluable last wicket partnership support to Ben Stokes during the Headingly Test in 2019 has accepted of having symptoms related to COVID-19 during the tour of South Africa.

As many as 11 players which included Jack Leach, Ollie Pope, Mark Wood, Joe Denly etc were a victim of a contagious flu-like illness during the first test vs South Africa in December 2019.

The Somerset left-arm spinner who was diagnosed with Crohn’s disease a few years back had missed all 4 Tests against South Africa. Incidentally, Jack Leach had a weak immune system failed to recover from the illness.

Due to the subsequent illness, Leach wasn't named in the 30 man probable squad to face Pakistan in the Test series scheduled. He is at a higher risk to contract the coronavirus than others but he’s fighting things off pretty well.

”The [Crohn’s] medication I’m on puts me at a little bit of higher risk. But what I came through over the winter, it suggests that I can fight things off quite well and that I’m probably not as high a risk as others on that medication.” 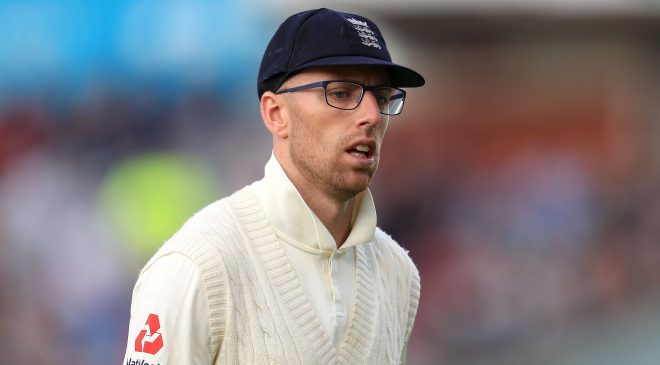 “Also, the fact that my Crohn’s is under control is great for me. I’m lucky that’s the case. The fact I’m fit and reasonably healthy, apart from that, gives me a good chance,” said Leach while talking to Sky Sports.

Jack Leach, who missed as much as 6 Tests accepted that he had COVD-1919 like symptoms during South Africa tour. However, he is not too nervous if he’s got it but wonders if the flu-like illness during the South Africa series was coronavirus.

“I’ve been doing everything I need to do, sticking by the rules. But I’m not too nervous about if I’ve got it [COVID-19]. I do kind of wonder whether I had it in South Africa. If you had the symptoms I had in South Africa now, you would think ‘this is definitely coronavirus’,” said Leach.